Dr. Saleem I. Abdulrauf is the Professor and Founding Chairman of the Department of Neurosurgery at Saint Louis University (SLU), St. Louis, Missouri, USA. He is considered a leading figure in the field of neurosurgery. Neurosurgeons from around the world come to SLU throughout the year to be taught complex neurosurgical techniques by him. He has served as a visiting professor to over 100 universities around the globe. He has authored the main reference textbook for brain bypass surgery titled “Cerebral Revascularization” in which Dr. Abdulrauf details extra-cranial to intracranial bypass surgery. Additionally, he has pioneered a procedure for brain bypass surgery that is named after him.

He has served on the boards of multiple neurosurgical societies including the Congress of Neurological Surgeons (CNS), the North American Skull Base Society (NASBS), and the World Federation of Skull Base Societies (WFSBS). His most preeminent role was his appointment as the inaugural Global President of the Walter E. Dandy Neurosurgical Society, which is considered the primary international society for operative neurosurgery. He was named the 17th President of the Society for Brain Mapping and Therapeutics (SBMT) 2019-2020. He has been named as one of the Best Doctors in America annually for the last eight years. Dr. Abdulrauf’s opinion is routinely sought for the treatment of complex cases by neurosurgeons from around the world.

Our Patients, Our Privilege

Driven by the desire to improve the quality of life of his patients – Dr. Abdulrauf has dedicated his life to improving outcomes in neurosurgery.

“There is no greater honor. Always remember why we do what we do” – Dr. Saleem Abdulrauf Jillian seemed like a healthy 1-year-old—until the day she toppled over and couldn’t get up. Her right side was paralyzed, and a blank stare overtook her usually cheerful face. 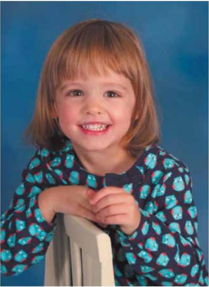 Tests eventually revealed she had a complex brain aneurysm. Without surgery, the growing aneurysm would rupture and

Jillian would die. But her blood vessels were too small, and her aneurysm too complex, to be repaired by conventional methods… Continue Reading

I had a stroke in Oct. 2013 and had an MRI which revealed a 9mm brain aneuysm. My primary Dr . referred me to SLU and after my testing Dr. Abdulrauf took over my care. I felt confident after talking with .Dr. Abdulrauf and his team my surgery would be successful. I had surgery Dec. 27- 2013 and the surgery was a great success, Dr. Abdulrauf was very caring and addressed all my families concerns and questions before and after surgery. This is Feb. 2014 and I am back to workand feel great. Me and my family are truly greatful for Dr. Abdulrauf skill and ability to give me backmy life. I feel I could not have received better results and care . I think Dr. Abdulrauf is the bestbrain surgeon in the country. Thank you so much

In October of 2012 I, Claudia K., passed out while driving to work. We found out that day that I had an arteriovenous ,(AVM), malformation in the temporal lobe of my brain which had caused me to begin having seizures. The neurosurgeon I was seeing in Springfield, MO referred me to Dr.Saleem Abdulrauf at St. Louis University Hospital. My husband and I immediately felt comfortable with Dr. Abdulrauf. He was straight-forward and compassionate. I am a nurse, my husband has no medical background at all. He spoke so we both understood. My son attended medical school at St. Louis University and also felt comfortable with Dr. Albdulrauf. January of 2013 I had surgery at St. Louis University Hospital to remove the AVM. After a couple of months recuperation I am back to work full time as a nurse. My family highly recommends Dr. Abdulrauf and his team. we feel blessed to have been referred to them.

I have every confidence in Dr. Abdulrauf’s knowledge and performance as a neurosurgeon and his concern for me as an individual and my family as pertains to my care. Dr. Abdulrauf performed a successful life-giving surgery on me and my continuing follow ups with him make for a life of comfort with the remains (that of a bit of tumor on my carotid artery and optic nerve that has been stable for several years) of my pituitary macro adenoma. I know Dr. Abdulrauf is just a phone call away should I encounter any setback

Dr. Abdulrauf is a world renowned neurosurgeon. His innovations the EC-IC bypass and craniotomy have improved outcomes for patients around the world. Please contact us for further information or to obtain a consultation (second opinion).